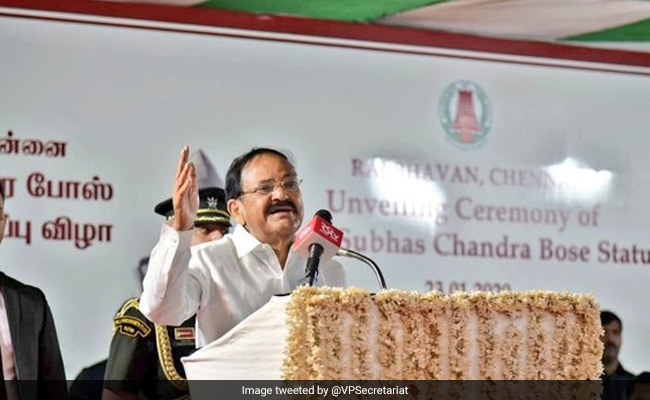 The time has come to revisit our history textbooks and highlight the contribution of freedom fighters from all parts of the country, said the Vice President M. Venkaiah Naidu at the unveiling of the statue of Netaji Subhash Chandra Bose in Raj Bhawan in Chennai.

“I feel that our history textbooks must highlight the life stories of our national icons like Sardar Vallabhbhai Patel, Netaji Subhash Chandra Bose, Veer Savarkar, Chidambaram Pillai, Subramania Bharti and Alluri Seetharama Raju who were not given due recognition,” he said.

Time has come to revisit our history textbooks. The history should inspire our children and they should read the life stories of the heroes of our freedom struggle.#NetajiBirthday 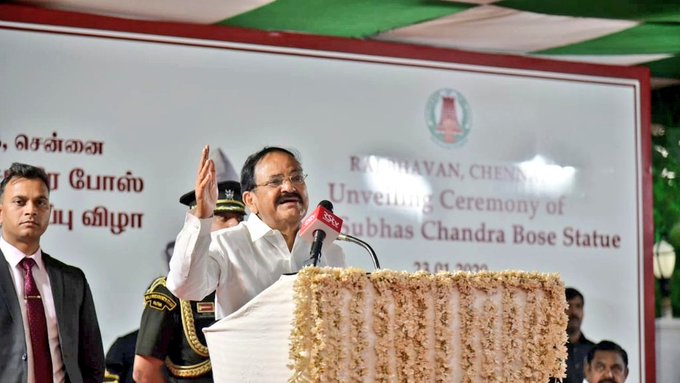 32 people are talking about this

Talking about the influence lives of freedom fighters can have on the youth of the country, he said that the history should inspire our children and they should read the life stories of the heroes of our freedom struggle.

He added that history should be comprehensive and re-capture our past glory and instill a sense of pride in India’s rich culture and heritage.

Stressing the contribution of youth in nation-building, he said, “We must channelize the creative energy of this tremendous youth population into creative pursuits for nation-building.”

He added that very few leaders have managed to inspire the youth of the country the way Netaji Subhash Chandra Bose did and said that he can be the guiding light for the Indian youth in the 21st century.

The Vice President was unveiling Netaji’s statue on the occasion of his 123rd birth anniversary.

Organization Techniques for the Classroom

Keeping Your Family Safe at Home